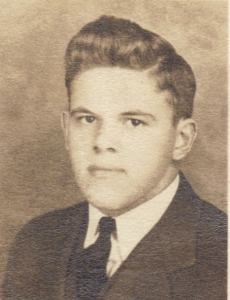 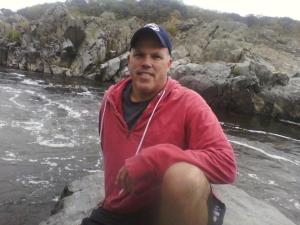 And I will rise when He calls my name

No more sorrow, no more pain

I will rise on eagles’ wings

Before my God fall on my knees

I can’t hear these words without hearing my cousin Dan Heebner singing on a cold wintry day in March of 2009. It was a bit too cold to stand outside on that day, especially with our feet in the snow, but we all wanted to show our respects to my uncle Albert or as we called him “Junie.”  So we gathered, standing in polite lines under the tent on that Monday afternoon when Dan’s voice rung out clear as a bell with an accompanying violin.  I will never forget it.  It was one of those poignant moments in life when all things come together.  It was the beauty of the blue sky and the cold crisp air and the worshipful voice that confidently sang for his father who could no longer join us in his beloved hymns. It was as if he sang the words his dad had been longing to sing, in the same warm, graceful tenor timbre.

Albert Heebner, my mom’s brother, had been stricken with macular degeneration and diabetes and sadly, in his later years, the strident farmer had lost both his legs.  The last time I visited him, flanked by my cousin (his daughter) and my mother, he had spoken about going to heaven where he “would have legs” and walk again.  He had been stripped of his mobility and it was not something this outdoorsman took lightly.  He spoke at that last visit of days gone by, of egg sorting, of a hard-working mother and father, and of words spoken in anger to his brother Norman.  It was as if he were already seeing his life flash before him.

So, on that brisk, blue sky day of March in 2009, his son Dan sang him into heaven and sang baring his soul with this song of hopeful release. Oh I wish you could have heard him sing…it was something I’ll never forget.

And I will rise when He calls my name

No more sorrow, no more pain…

And I hear the voice of many angels sing

Worthy is the Lamb

And I hear the cry of every longing heart

Worthy is the Lamb