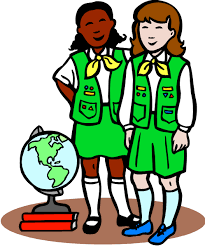 Growing up at Souderton Mennonite Church and Penn View Christian School, there was always someone in my class with the same first name as me.  So wherever we went I was Bev B and she was Bev D.  It’s kind of amazing since Beverly is not really that common a name.  It tells the story of a popular name during the early 1960s, I suppose.

One of the most hurtful memories of mine about my name came from my years as a Wayfarer (similar to a Girl Scout) at church.  It was like a Christian Girl Scouts club.  We had to earn patches to put on our sash or bolero and the more patches we earned by reciting scripture the more diligent a Wayfarer we were.  It seemed like we had to recite a Wayfarer anthem of sorts, “Study to show thyself approved unto God, a workman that needeth not to be ashamed.”

It was on one of these Wednesday night Wayfarer meetings that we as early teenagers were discussing names.  I was not one of the popular ones, so I mostly listened as others were talking.  Patricia and Bev D. were talking with others about the names they liked for girls.  (Aren’t girls always planning the names of their future kids?) Bev D. walked out of the classroom. Patricia mentioned a few names and then she said “Bev.”  I perked up and she looked directly at me and sneered, “I meant Bev D, not Bev B.”  Which is kind of ridiculous if you think about it, since they are the same name with only a different consonant on the end, but I never forgot that. I hated the way Bev B sounded, too, and thought that Bev D sounded so much nicer.  She was popular in almost every way.  A real nice person that was very athletic.  She had a multitude of friends; in fact, a whole group of people that wanted to be near her in gym class and when teams were picked.  Why is it that no matter how well you do academically in elementary school, relationships are decided and judged according to the picking of teams at recess?