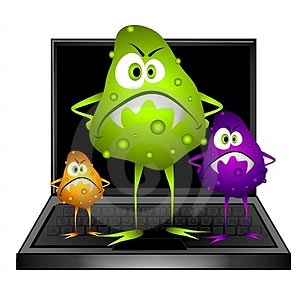 “Mom, I think someone hacked your email account” was my son Jordan’s text.  I had just finished working for the day with no problems so it took me by surprise.  I signed in again to find I could not connect to the internet.  That was only the beginning of many issues that day and the next.   I called Dell to have one of their outside contracted Safecart personnel to look at my computer.  The native to India told me it would take 45 minutes, but after 3 hours he seemed still unsure of what my problem was.  He said I should delete Norton after my subscription was up and that I had space issues on my laptop.  Well, the next day everything came to a sudden halt when my laptop stopped working completely.

I had been praying for and encouraging the Laverty family about Emilee’s recent admission to the hospital and subsequent surgeries at the young age of 19 for dedifferentiated chordoma.  But I can’t tell you how distracted I was by my laptop issues and the obsession with getting my computer up and running again.  Suddenly, I couldn’t think of anything but finding a way to access my pictures, writings and be able to work for my freelance medical editing job.  It turned my life upside down and all I could do was worry that I had lost everything.  Finally, after several days, I ordered a new laptop with the help of my oldest son, Patrick.

I’m not someone who likes to think of Satan and how he intersects with my life because I prefer concentrating on God and his goodness.  But I can’t tell you how much this computer virus or worm felt like an attack on my own system.  I felt attacked with a new paranoia about some unknown violator taking away my laptop and my life. I know it’s a sign of how much we rely on computers to make our world go round, but it also felt like a breach of my personal safety and privacy.

It is almost 3 weeks since the initial incident and I am just now starting to feel any kind of confidence that my email is not being secretly viewed and sending out venom to others.  I still do not know how the initial computer-rape occurred and that alone degrades my confidence that it won’t happen again. The only thing that gives me some sense of peace is repeating the new passwords that I started using, such as “Be still and know that I am God!”  It seems to keep the powers of Satan or my own paranoia at bay.