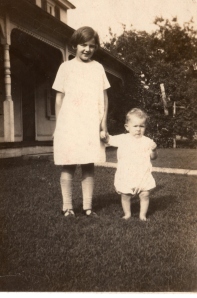 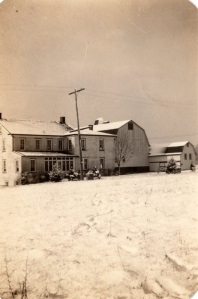 When I was a child, I lived on a farm on Snyder Road, near Lansdale, Pennsylvania. I remember we had two horses named “Prince” and “Tops” and about 30 cows and many chickens. In the summer when we weren’t in school, my sister and I had to mind the cows, so they wouldn’t get into the corn fields nearby. They were supposed to graze on the grass in the meadow. We also had to clean buckets of eggs and put them in crates. Our father would then take them to an auction to be sold. But we also had time to play with our dolls and I especially liked to play “storekeeper.” I would wrap up blocks and pretend I was selling them.

I remember, too, how I liked to watch the barn swallows that made nests under the overshoot of our barn. There was a colony of ants that made their home in an old apple tree in our yard and I spent a lot of time watching them going in and out of their holes in the side of the tree. They were always so busy and I wondered why.

I enjoyed going to church and Sunday school because I enjoyed singing the hymns we sang. Our first car was an Overland. It was an open car and when it got cold, my Dad would fasten some isinglass curtains around the sides and we could hardly see out. 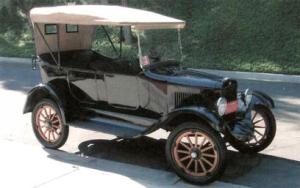 When we had a lot of snow in the winter, Dad would get out the big sleigh and hitch the horses to it and take the cans of milk to the Dairy and then take us to school. He sometimes put a string of bells around the horse’s neck and it sounded Christmassy going to school. We didn’t have days off back then for snow. We often walked home from school in deep snow. We had a lot of fun doing it, and enjoyed the sleigh rides especially.

8 thoughts on “My Childhood by Sara Benner”